Okay guys, I'm late to the party on this post so I'm going to keep it short and sweet. Basically, this is a letter to the mentees who will soon be announced for Pitch Wars 2015, the contest I entered last year that helped me sign with an agent. My fellow mentors have said pretty much everything worth saying (seriously, they're a ridiculously smart, kind, generous, and savvy group of writers), but I have a little story I want to share.

I used to be a silently competitive writer. I didn't believe in supportive writing groups; I thought all that happy lovey-dovey critique partner stuff on Twitter was fake. Any time a blogger I knew got an agent, I felt like it was one less chance for me to sign with an agent. I truly believed there was only so much luck to go around, and that other people's successes were my loss. This, as you can imagine, was not a very happy way to be.

When I got into Pitch Wars I was ecstatic. Maybe my luck was finally changing. I worked hard on my revisions for my mentor, but just a few days before the contest, she asked me to change my first chapter. Only it was too late. I'd already turned in my entry. And I PANICKED. Like, I literally had a panic attack. I was sure I wasn't going to get any requests during the agent round. When other people started getting requests, I was so full of envy that I wasn't even happy when I got a couple of requests of my own. A certain person had a fantasy novel with a similar title to mine, and she was getting requests right and left. Why would anyone want my book when she had an amazing first page and a similar theme? I was sure I wouldn't get more than a couple requests.

But then I started to get more and more. I ended up with 12. This certain person, who ended up being the winner of last year's Pitch Wars, had 13. Within a few days of the contest she had an offer from one of my dream agents. Again, I was sure that her success meant I was destined to fail.

A couple of days later, I had my first agent offer. I was shocked and elated in equal measure. And then I got two more offers. And suddenly I found myself on utterly foreign ground. I had no idea what I was doing. But two other writers in the Pitch Wars Facebook group were going through the same thing, including that writer who had won Pitch Wars. So, on a whim, I reached out to them.

It's been nearly a year since then, and those two writers - the hilarious and stupidly talented Nikki Roberti, who started our Facebook group and is now Brenda's assistant, and Elly Blake, who won Pitch Wars because she is a freaking rockstar but also turned out to be one of the sweetest, most generous people I've ever met - are two of my best friends. And the other eighty-something people in our Facebook group have become those happy lovey-dovey writing friends I didn't believe existed. Through them, I've learned that there is not only plenty of luck to go around, but plenty of friendship, plenty of shared joy and sorrow, plenty of humor and humility and love.

For several years I dreamed that Pitch Wars would help me land an agent. I had no idea it would introduce me to some of the best people I've had the privilege of knowing. So that, dear Pitch Wars 2015 mentee, is what I hope you take away from this contest. Your fellow mentees' successes are your successes, just as their losses will be yours. Learn from each other. Lean on each other. Make the most of this amazing opportunity.

And whatever you do, DON'T PANIC. You've got this.

And don't forget to visit Tracie Martin's blog for the rest of the mentor's links!
Posted by Mara Rae at 7:51 PM 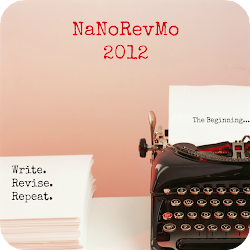 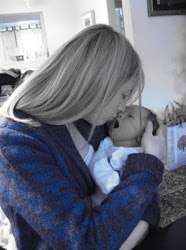